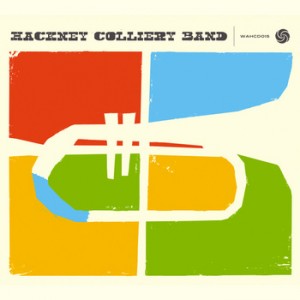 From the initial startup in 2008 until late-2011, I co-ran and played tenor sax in this 9-piece marching brass band, which included the release of its first album on Wah Wah 45s in summer 2011.

You can hear my original composition GTFA on the album, and I’ve got tenor solos on several tracks.